Posted on September 13, 2013 by stargateatlantisseasonsix

It come from within. 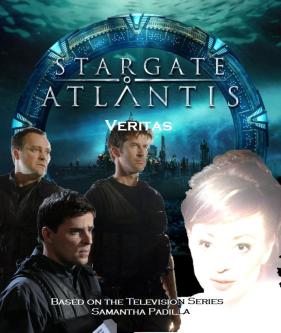 In the aftermath of the revelations about Athosia’s past, Atlantis’ flagship team has been temporarily grounded in order to let wounds heal and life get somewhat back to normal.  And it does when four key Expedition members are kidnapped from inside the city itself.

It’s up to the teaming of Richard Woolsey, Teyla Emmagan, Ronon Dex, and Doctors Jennifer Keller and Radek Zelenka to figure out who stole their friends and loved ones from them and how the kidnappers did it, let alone why.

While their friends search for them, Lieutenant Colonel John Sheppard, Lieutenant Ursula Kenmore, Major Evan Lorne, and Doctor Rodney McKay encounter a person that the Stargate Program thought that it would never have to meet again.  Their message to the four eventually becomes clear:  there’s a threat coming to Atlantis from the outside as well as from within.