Posted on May 22, 2015 by stargateatlantisseasonsix

[I know this is coming a week late, but I ironically found starting this new Atlantis story a bit of a struggle as every geek will understand once the story gets going.  Even though it’s been awhile since I finished this story, I never thought it would be so… poignant now that the great Leonard Nimoy has passed away.  In a way this is a fan’s tribute to him and his truly beloved character Mister Spock in a very geeky way.  And until I can get my Photoshop program to work again, the picture tribute from one great scientist character of science fiction protrayer to another will stand as the coverart for this story.]

It’s all fun and games until someone loses their mind… 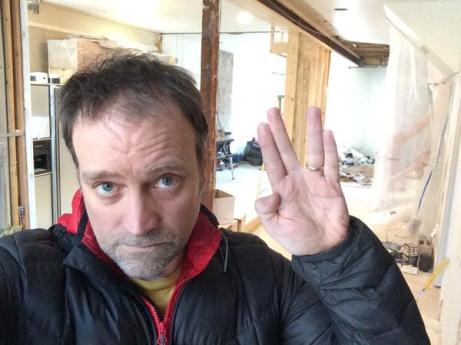 Based on the hit television series created by Robert C. Cooper and Brad Wright

The way the personnel of the Atlantis Expedition spend their free time is as varied as they are and some of the ways are just what one might expect from people residing in a base in an alien galaxy.

The flagship reconnaissance team’s newest and youngest member, Lieutenant Ursula Kenmore, seeks to remove some of the stress of being a single parent raising a small child in a foreign galaxy by playing a DVD on her gaming console… in an Ancient holoroom. Doctor Rodney McKay suddenly discovers the Lieutenant might have just hit an Atlantean goldmine as well as a very nerdy one: Atlantis’ own version of a holodeck.

But the elation and fun takes a dark turn when a terrible and dangerous mistake occurs without anyone realizing it would. Lieutenant Colonel John Sheppard and his team as well as every member of the Atlantis Expedition is all hands on deck in a race against time to save one of the things that has time and time again rescued them in their most darkest hour, the precious mind and life of Rodney McKay, from the now deadly machinations of the Lost City of Atlantis herself.